As President & CEO of 3D Consulting and Communications, Siham Awada Jaafar conducts cultural competency and diversity training customized for corporations, law enforcement, government & healthcare agencies, educational institutions and various organizations. Siham has succeeded in bridging the gaps of cultural divide as they relate to business and community awareness models. Her  Diversity Training focus on producing positive change through networking between communities, diverse entities and government agencies has proven exceptionally effective in building bridges of communication across racial and ethnic divides.

Siham was appointed to the Judicial Tenure Commission for the state of Michigan in 2019 by the Governor and is serving a 3-year term. She feels honored and privileged to have been appointed to the commission and is grateful for the opportunity to serve the state in such a vital role.

A multi award winning public relations, diversity & inclusion specialist, Siham is a certified mediator and is currently the President of the Wayne County Dispute Resolution Center (WCDRC) and chairwoman of its advisory Board. She is a Dearborn Heights Planning Commissioner and served on the board of directors for NAWBO (National Association of Women Business Owners) and was its Public Policy Chairwoman for two years. She is host and producer of “Off the Cuff with Siham Awada Jaafar” a WDHT TV cable production discussing pertinent issues affecting us locally, nationally as well as internationally.  She is the former Chairwoman of the ACCESS Coalition against Domestic Violence and producer of the “Voices over Violence” program. She is also a founding member of BRIDGES (Building Respect in Diverse Groups to Enhance Sensitivity).

Siham was born and raised in Michigan and has called it home her entire life. She and her husband, Hassane, have two children, Gina and Alex and an amazing Grandson that makes their world complete!

Hassane Jaafar is the glue that keeps everyone together. He has been a former educator, a Principal and director for over 30 years, He serves on multiple boards and commissions while working tirelessly on any issues that involve education, bond renewals, and our schools. He works passionately to serve the future generations that will guide us moving forward.  He is a solution builder utilizing his skills in conflict resolution to create solid platforms for progress and building bridges of communication and resolve. He brings years of experience as a teacher, a principal, a director and as an engineer! He holds a degree in electrical and computer engineering, a masters in educational leadership, mathematics, and physics.  He brings passion, balance and a deep sense of fairness to the conversation on diversity, inclusion and tolerance in all aspects of society. His experience in the classroom, as a Principal and administrator have equipped him with the tools to create programs and initiatives that propel the “Images and Perceptions Diversity Conference” to new levels of  creativity and effectiveness.   Hassane has guided many conversations regarding tolerance and acceptance with students, corporations, educators and various entities that have truly benefited from his wisdom. As Executive Director, Hassane has brought depth and knowledge to 3D Consulting and Communications and to the production of the Images & Perceptions Diversity Conference.

Manager of Global Accounts for HelmsBriscoe, the global leaders for meetings procurement. Shelly’s skills involve negotiating hotel contracts for meetings and events around the world matching all specifications for every unique and individual client with everything from location and lodging, to meeting space, budget and more. With a long-standing history of exceeding clients expectations, her clients have entrusted her for their site selection and negotiation skills since 2010.

Along with a team that has contracted more than 5.45 million room nights in 100 countries in 2015 alone, she puts her experience and purchasing power to work for any event world wide.   Shelly also sits on the Executive Committee for the Kidney Foundation and is the Executive Program Director for the Images and Perceptions Diversity Conference. 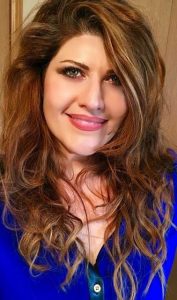 JoAnn is an award winning film producer, as well as a director who has been working in the industry for over 20 years, from Casting Agent, Extras Coordinator and Production in Chicago. Working on Television shows such as; ER, The West Wing, Early Edition, and Judge Mathis. Feature Films such as Spiderman, Road to Perdition, What Women Want, Stranger Than Fiction, Shall We Dance and Proof, just to name a few. Working with Hollywoods A-lists such as Mel Gibson, Richard Gere, Gwenyth Paltow, Jeremy Piven, Anthony Hopkins and many more.

You can see her most recent work as Associate Producer on the feature film Dreams I Never Had featuring Malcom McDowell and Robin Givens.

Fakhouri also is a model/actress and has done runway, print, and television segments, appearing on WGN, FOX, ABC, and featured in newspapers and magazines such as; The Chicago Sun-times, The Reporter, The Edge, etc…

Fakhouri also started her own PR Consulting/production firm CapitalJ Productions as a publicist helping her clients appear on television, radio, magazines, as well as films and red carpets both locally and internationally.

As a commercial director and producer her client’s commercials have been seen on networks such as; NBC and Fox. In addition her clients are featured in magazine ads such as Southwest Airlines, WebMD, internationally in Emirates Man.

Fakhouri has been helping with charities for years helping raise hundreds of thousands of dollars throughout the years. In addition she is a member of Compassion International which helps sponsor underprivileged children around the world.